Nashville, Tennessee rapper Dee Wile announces the release of his latest single “20 Questions” featuring Willy G. This single is available on major platforms for streaming and purchase. Wile is recognized by major artists such as Too $hort for the all-encompassing lanes he’s created in Hip-Hop. One of which beats to its own uncanny sound and unique lyricism.  His rhymes consist of humor embodied with substance and a contemporary niche, proven to entice listeners in worldwide. “20 Questions” is another record showcasing the guilty pleasures of Wile. He proposes an assortment of questions for the ladies over a sultry, and soulful arrangement of beats. Ladies take heed, this is not for the soft at heart. Stream “20 Questions” below.

Taking inspiration from Down South rap legends like Devin the Dude and Curren$y, Dee Wile is gradually building word-of-mouth buzz through several self-released mixtapes. Wile made his debut in 2016 with “Change For a Dollar”, followed by “While You Wait” in 2017, 2 Piece Spicy, Chocolate Covered Strawberries and “Free Game” all before the midway point of 2018. By this point, he had begun touring across the southern region of the United States playing from Jackson, MS to Nashville, TN. Rather than sign on with a label, the talented MC instead decided to start his own label, February’s Finest Records(F2), which he used to release his own official albums.  Stream Wile’s latest mixtape “The Quarter Ounce” here. 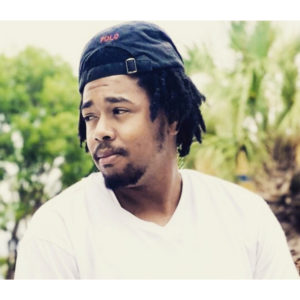