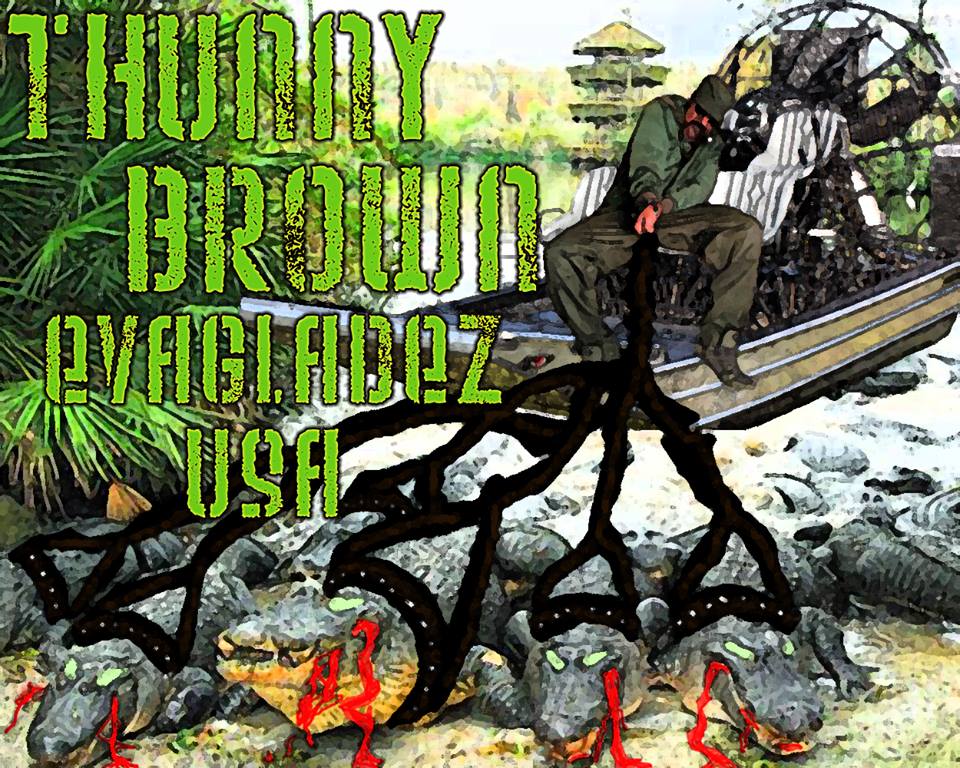 “You either survive and thrive or lay it down…I lay down for nothing.”

Brooklyn’s lyrical threat, Thunny Brown aka “The Thundah God” and “Thundah Foot”, releases his latest single and video titled “Evagladez U.S.A.” The single is available on all digital platforms for streaming and purchase. The record depicts the laws of the streets of his hometowns, The Florida Evagladez and Brooklyn’s infamous Bucktown. Thundah God comes fully loaded with rigorous bars to describe a lifestyle of warpath he’s endured and now reigns as ‘survivor’ of the fittest. Thunny’s ruthless flow embodies the predatory knocking of hard beats and DJ scratches. While the echoing sounds heighten the hair-raising emotion felt by his raw deliverance. In a time where trends of flashy jewels, Gucci slippers, video vixens, and raps created over nonsense has taken over the industry; it’s refreshing to shine on MC’s who thrive to keep the lost elements of Hip-Hop and the culture at the forefront. “Evagladez U.S.A.” is a relative record for Hip-Hop enthusiasts worldwide to embrace.

Stream “Evagladez U.S.A.” here and purchase on iTunes and Google Play. Watch the official video below.

Thunny was born in Bushwick and raised in Brownsville, Flatbush, and The Florida Evagladez. He grew up with the sounds and alarms of the warfare ringing in his ears from the streets. Determined to make it through he linked up with Boot Camp Clik friends and his Warhedz team from Florida to establish himself as an artist. “It all came naturally and I became recognized as one of the best MC’s in Orlando and one of the sickest out of Brownsville and Bucktown.” Thunny has shared stages with major artists including Biggie Smalls, Method Man, Craig Mack, Mobb Deep, KRS-1, and G-Unit. He’s also toured with Redman, Method Man, Ghostface, Cappadonna, and the Outsidaz on the “Black Out” tour. “I’m unstoppable, there’s nothing I can’t do and a man like myself, that can do everything, is an asset and a threat. “Which one would you rather deal with? Thunny the asset or Thunny the threat..You decide, one way or the other I’m here and reigning.” 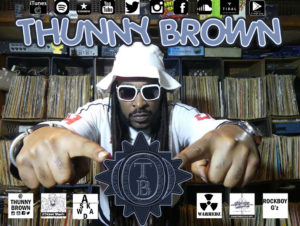