Posted at 18:15h in Interviews by Marissa Savino 0 Comments

On October 4th, 25-year music vet SINN will release the 1st single off his forthcoming sophomore album “Ryder Music” volume 2. I had the chance to sit down with SINN and in-house mega-producer Chill Beatz to discuss both the single and album.

MJ:  You recently announced the news of the forthcoming release of your sophomore album of Ryder Music. As a vet in the industry, your music is a timeline of your life and shows your growth as an artist. In three words describe this album.

“Riding season is almost over, time to heat up the winter with Ryder Music…Da Ryder King Sinn is parking the bike and sparking up the mic” -SINN

MJ: The relationship between artist and producer is crucial when curating timeless music. Talk about the chemistry between you and in-house mega-producer Chill Beatz.

Chill: We push each other to do things that we don’t’ think are possible. Every beat is like a blank canvas and SINN is the artist!  We are brothers first, so the rest is easy.

SINN: Chill nailed it, our chemistry comes from our love of music, and a brotherly bond we have beyond the music.

MJ: Without giving too much away, share a little with the fans on what they can expect from Ryder Music Vol 2. How would you describe the SINN fans will get from this album?

SINN: For this album, I took the fans on a cruise on their favorite ride down a freshly paved road and I wanted to be their tour guide down the Ryder Music highway… 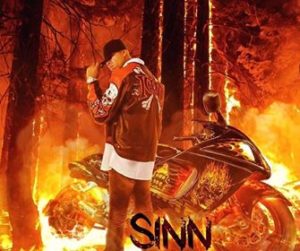 MJ: Chill, let listeners know about the dynamics of this album from production’s standpoint.

Chill: This album stayed true to the ryder music concept. Sinn also wanted to give his fans something they may hear in the clubs, so it was fun adding an R&B/Pop mix to this concept.

MJ: Take us behind the scenes and talk about everything that went into putting this album together, from the thought process to the final product.

SINN: As a vet in the game people tend to forget what struggles and growth you must go through as a person and as an artist. I’ve always been told I approach everything in an unconventional fashion, so I decided to give the fans the same great recipe just prepared differently. The thought process was for the world to know “the name and know the difference.”

Chill: SINN didn’t say a lot during this process other than it’s time for them “to know the name and know the difference.” No one can get in that man’s creative head.

MJ:  Word is the album will be released teaser-style, with a new single every two weeks. Tell us a little about the debut single.

SINN: The debut single is called “Make it Home” featuring Rita. This is a song for everyone who leaves out the door and has one goal in their mind; to make it home safe back in the arms of the one they love.

MJ: If you had to choose two personal favorites off the album what would those records be, and why?

Chill: I don’t really have a favorite but “Make It Home” is a song I think all the fans and listeners can relate to.

MJ:  As we wrap up, is there anything else you would like to mention about Ryder Music Volume 2?

SINN: I feel this is my best work to date, the most monumental.

Connect with SINN and Chill Beats at HMDmuzic.com | Facebook 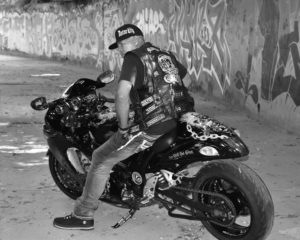