Unfinished Business the web series is back, taking over the Philly scene. Get Money Filmz and Michael Braxton present Season 2 for fans and newcomers to binge via Xfinity (Comcast CH 66/966/967) as well as on Verizon (CH 29/30), in the Philly TV market area. It’s also available via Fire-TV and ROKU. Here’s what to expect with all-new episodes of Unfinished Business…With police corruption as its central theme, Unfinished Business takes viewers on a journey that highlights just how brutal abuse can get when it’s being perpetrated by those in authority. The producers say they hope the show will educate the public on the plight of some communities in America, who are caught between a rock and a hard place; having to deal with deadly drug gangs and an unsupportive police force that takes advantage of the situation to extort the block, rather than step in to apprehend the criminals. The plot chronicles the illegal activities of a corrupt Philadelphia police drug unit as they make rubbish of their pledge to serve and protect. The ragtag team of corrupt detectives exploits a community under the control of drug dealers, intimidating and blackmailing whoever they can to make a big score. It features sex, narcotics, bribes, drug money, murder, and other forms of extreme violence that characterize drug dealing and turf warfare. 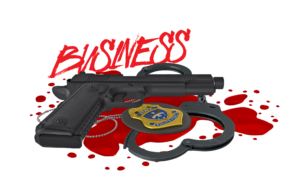 Watch Episode 1 of Season 2 and connect with the series below.