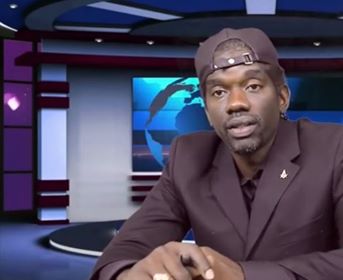 Dr. EnQi states emphatically that he never extorted Brother Polight, rather Brother Polight attempted to finesse and scam Dr. EnQi out of an investment at which point Dr. EnQi secured some collateral to ensure his investment. When this occurred in 2010, Dr. EnQi did not feel supported which led to his recent interview on Doggie Diamonds TV.

“I’ve has endured a decade of slander by Polight’s camp attempting to distract people from the fact he is a financial predator in the conscious/woke communities.” The confusing thing to people has been the off and on “friendship”. Dr. EnQi explains this by stating, “You keep your friends close to you and enemies even closer.”  He also discusses the blackmailing and blackballing that is rampant behind the scenes with Blackmagik363 & Saneter Studios, the two platforms that use military personnel to mislead people evidenced by the Vaccine Debate & Dr. Sebi’s slander campaign.

Dr. EnQi is a true Icon and Mogul of the conscious and woke community who has shown time and again his bravery by standing up to death threats, blackmail attempts and continues to display his honor through his character by teaching subject matter ahead of even the most modern science. Along with the hat of Icon, Mogul, content creator, and pioneer, Dr. EnQi’s detox has revolutionized the world of Herbs. In fact, it is the first to target structuring water and the NRF2 system for cleansing and immune activity (http://enqisdetox.com/).

It’s evident Dr. EnQi is way ahead of his time and is the prototype of what a man, father, husband, and business partner should be. He is easy to connect with on Instagram and YouTube @DrEnQi, along with personally at 833-777-6543. Currently, Dr. EnQi is touring with HaHa Davis, participating in a film with Nick Cannon, and most importantly raising his family. Be sure to tune into his new show on Tuesday’s called The OGUN (Other Guys Universal Network) with KT The Arch Degree, where he continues to change the culture of consciousness. “I bring the swag to the smart and vegan communities and make geeks sexy!”